Classified as one of the greatest civilization of its kind, Anuradhapura, founded around 5th century BC, was Sri Lanka’s first ancient kingdom and capital. Now a UNESCO World Heritage site, it is the island’s most important ancient city, dotted with ancient monuments, sacred stupas, ruins of temples and palaces, and a network of stunning irrigation lakes and reservoirs.

It is also home to the oldest historically authenticated tree in the world – Sri Maha Bodhi which resulted from a branch from the sacred fig tree under which Lord Buddha is said to have attained enlightenment in Nothern India. This tree is currently over 2200 years old. It was brought to Sri Lanka in the 3rd century BC by the daughter of Emperor Asoka, Sanghamitta. Until the capital’s abandonment in 993 after a South Indian invasion, the city flourished for 1,300 years. 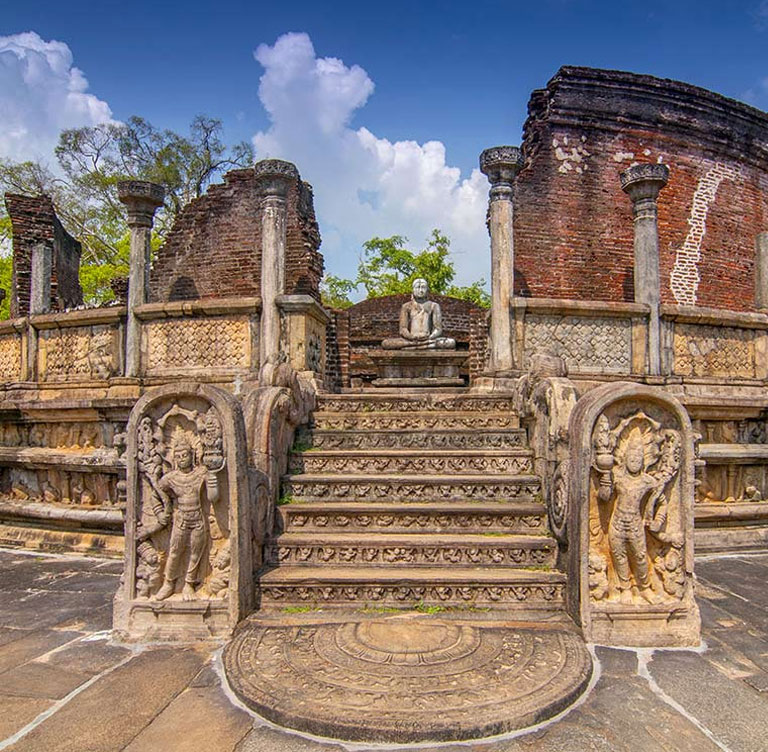 Polonnaruwa became the 2nd Kingdom Capital of Sri Lanka after the fall of Anuradhapura in 993 AD. It is a city of monumental ruins, Brahamanic legacy of the Cholas and the magnificent garden city created by Parakramabahu I in 12th century.

Another important UNESCO World Heritage Site on the island, it served as the capital of Sri Lanka from 11th century to 13th century.

The city bears witness to the civilization Cholas built after their conquest and the astounding legacy created by Sinhala kings thereafter.

Flourished in an epoch when Buddhist arts and architecture were taking centre stage, it is home to some of the most notable ancient structures, monolithic sculptures and stone carvings. 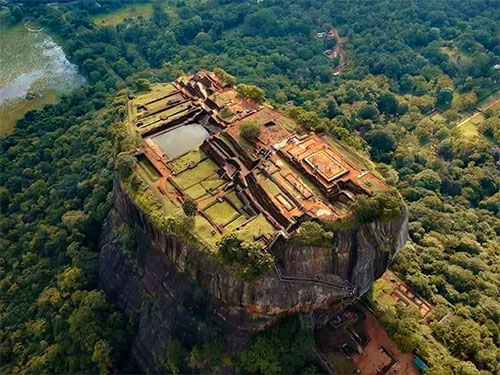 The ancient fortress of Sigiriya lies on top of a giant granite rock in the North Central Province of Sri Lanka. 180 metres in height, climbing Sigiriya Rock, tops the to-do-list in the region.

Recognised as a UNESCO World Heritage Site, Sigiriya is one of the most extraordinary fortress palaces in the world. Originally used by Buddhist monks as a monastery, the Sigiriya Rock became a fortress, once King Kashyapa, fearing vengeance by the rightful heir to the kingdom, chose to build his palace at the summit making it his capital.

The Rock itself is visually stunning with steep sides and flat summit, standing amidst the jungles surrounding it. The palace built during the 5th century, sitting atop the rock is an engineering marvel of the era. The ingenuity and creativity used in the designs and construction is spectacular. 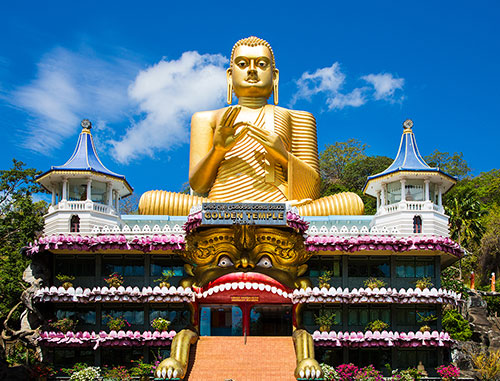 Dambulla, a part of Sri Lanka’s Cultural Triangle is located in the North Central province of the island.

Famous for its cave temple complex, known as the Golden Temple of Dambulla, it is another UNESCO World Heritage site that you must not miss.

The cave temple complex is the largest and the best preserved of its kind in Sri Lanka and is situated within a rock that towers 160 metres over the surrounding plains. A steep 20 minutes of walk will get you to the summit.

Located nearby Sigiriya, from its summit you can even see the famous rock fortress. For over 22 centuries, Dambulla cave temple has been a pilgrim site for Buddhist and has been occupied continuously by monks to this day.

Get it touch with us